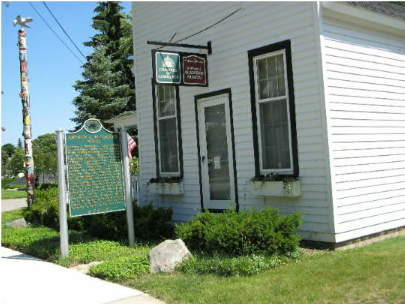 Harbor Springs is rich in history. The natural beauty that helps make Harbor Springs special today was a part in drawing visitors to Harbor Springs generations ago. The location on the water, a deep, natural harbor perfect for large passenger ships, was a draw more than 100 years ago.

Today, the streets of Harbor Springs are lined with history and period architecture has been restored in many locations. The quaint downtown business area hugs the waterfront and welcomes visitors as it has for more than 100 years.

Over the years, Harbor Springs has been a trading center, Native American community, a mission, a summer destination, and a year 'round community. In 1691, Catholic missionaries began their work with the Odawa Indians. This area, from Harbor Springs to Good Hart, was known as L'Arbre Croche during the 1880s. A thriving community at the time, the area was the home of a large Native American population who supported themselves with agriculture, trapping, carpentry, fishing, tailoring, and shoe making, to name a few.

In 1858, the Village of Little Traverse was established along the natural harbor. A few years later, in 1862, a post office was established with William Fife as the first postmaster. Chief Andrew Blackbird was appointed postmaster in 1869 followed by Lorenzo Clark in 1877. In 1866, the original Emmet County courthouse was built which later became the Harbor Springs City Hall and today is the home of the Harbor Springs History Museum. 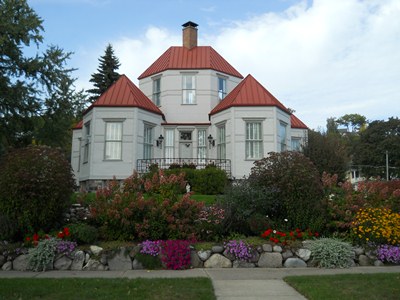 Harbor Springs began to be known as a summer destination in the 1870s. Religious and business groups from around the Midwest traveled by passenger ship to Harbor Springs. The area became known as a recreational and health resort where socialites could escape the pollen, dust, and heat of the city. Boarding houses and hotels were built for the summer guests and the associations of Wequetonsing and Harbor Point were formed as resort communities.

The Little Traverse Bay provided easy access to the steamships and passengers who came from around the Midwest to Harbor Springs. In 1882, the railroad arrived and guests could then come by ship or train. The Pointer boat ferried passengers to and from Harbor Springs to the summer resorts.

Ephraim Shay made his mark in Harbor Springs with his Hemlock Central, a narrow gauge railroad that hauled logs during the week and picnickers on the weekends to excursions at the lumber camps at Stutsmanville and Weimer's Lake. By the 1920s, Harbor Springs was known as the "Naples of the North" and 11 hotels greeted summer guests.

Many of the buildings that hold a place in Harbor Springs' history are still in use today such as the Depot, Holy Childhood Church, Ottawa Stadium, and the History Museum. The restored Pointer boat carries passengers around the harbor in the summer and departs from the dock behind the Pier Restaurant.

Visitors return year after year to this charming community to enjoy Harbor Springs just as visitors did more than 100 years ago. The same spectacular beauty and resort hospitality that have brought people here for generations continues today.